A history of compassion

Founded in Montreal in 1869, the Society for the Prevention of Cruelty to Animals (now known simply as the Montreal SPCA) was the first animal-welfare organization in Canada. It is not known under whose influence the society was formed, but its history acknowledges assistance from animal-welfare societies in France, England and the United States. In its early years, the SPCA concentrated primarily on improving the treatment of work horses, which were used all across the island of Montreal. The SPCA later began working on additional issues, such as humane dog control, cock-fighting and the killing of wild birds. The SPCA has come a long way since its beginnings: today, it is the largest animal-protection organization in Quebec, speaking on behalf of animals wherever there is ignorance, cruelty, exploitation or neglect. 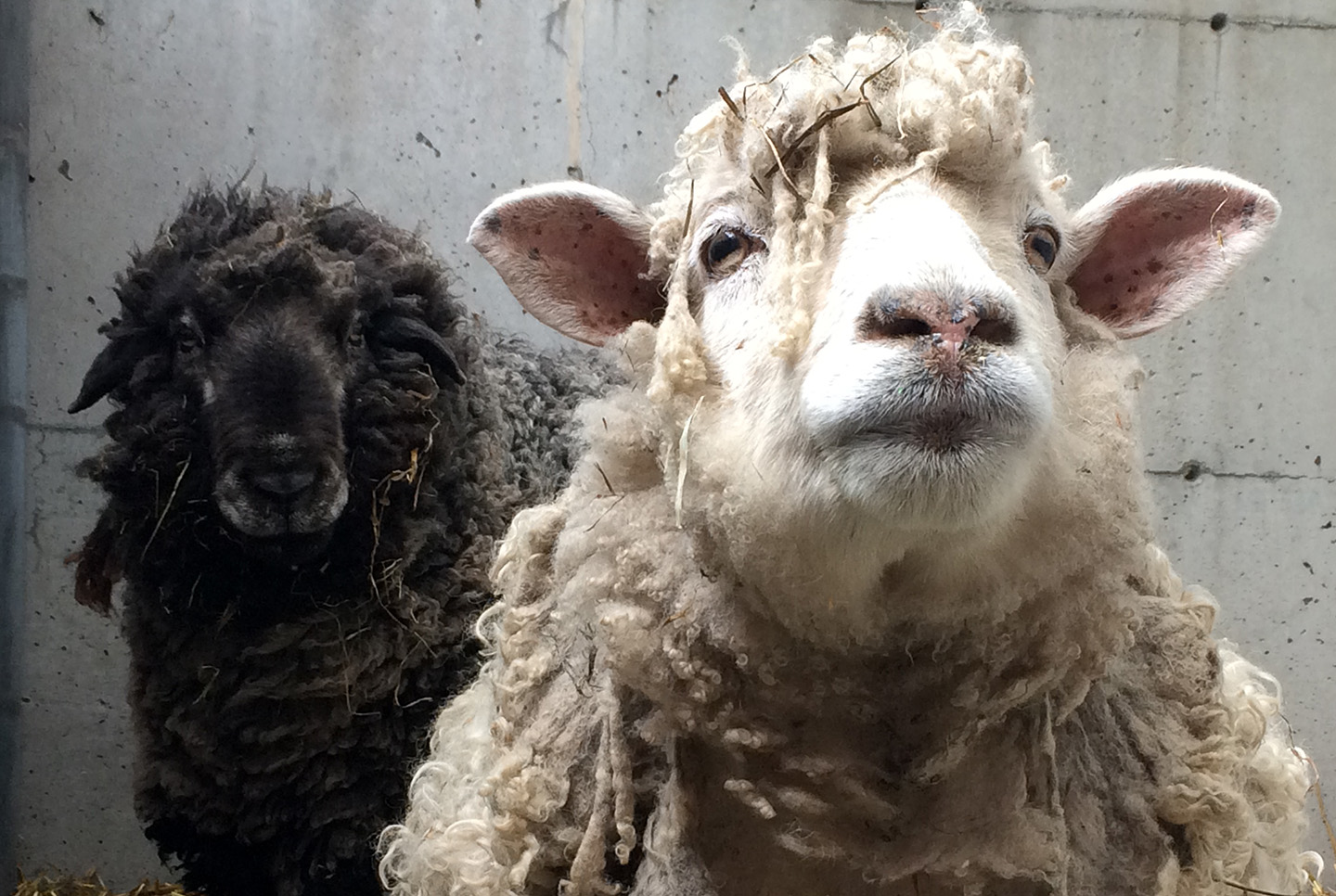 The Montreal SPCA’s mission consists of protecting animals from neglect, abuse and exploitation; representing their interests and ensuring their well-being; and last but not least, raising public awareness and helping develop compassion for all sentient beings.

The Montreal SPCA believes that sterilization is an important aspect of responsible companion animal care, both because it helps to combat companion animal overpopulation, and because of the health and behavioural benefits to the animal. All dogs, cats and rabbits adopted from animal shelters or animal-control facilities or rescued from the street should be sterilized prior to going to their new homes. The Montreal SPCA supports pediatric (early age) sterilization for dogs and cats, in all contexts where they are being re-homed, as a means of addressing the overpopulation of companion animals.

The Montreal SPCA opposes the use of feeding bans and trap-and remove/trap-and-kill methods as means of addressing the feline overpopulation problem. Instead, we endorse Trap-Neuter-Release-Maintain (TNRM) programs, coupled with progressive municipal by-laws, as the most humane, effective and economically sound method of reducing cat overpopulation. In TNRM programs, adult feral cats are trapped, sterilized, vaccinated and then released back into their colony, where they are fed, monitored and cared for by members of the community.

The Montreal SPCA is opposed to the sale of animals in pet stores, online and via newspaper ads. This does not include the responsible re-homing of animals through adoption, provided that there is a screening process for adopters.

The Montreal SPCA is opposed to the long-term confinement of companion animals, whether by tethering or confinement in a cage or pen. Permanent confinement is detrimental to animals’ physical and psychological well-being. Permanent tethering of dogs also creates safety issues for humans, as dogs tethered for long periods of time are deprived of their ability to flee from perceived threats and thus are forced to respond with a fight response leading to attacks against people, often children.

The Montreal SPCA is opposed to the training or use of dogs for guard duty, including use in commercial establishments. Protection dogs that have received specialized training to work on a team with a trained handler, such as police dogs, are not considered guard dogs for the purposes of this policy.

The Montreal SPCA is opposed to surgical procedures that are done for cosmetic purposes or to impair or modify an animal’s natural behaviour. Any surgical modification of an animal must be done with the primary purpose of alleviating suffering or for reasons related to an injury or health, and must be performed by a licensed veterinarian. The Montreal SPCA opposes, in particular, the following procedures when done for nonmedical purposes: – Tail-docking (caudectomy) – Ear-cropping (otectomy) – Devocalization or “debarking” (vocal cordectomy) – Declawing (onychectomy) Sterilization performed by a licensed veterinarian is not considered an elective surgical procedure for the purposes of this policy.

The Montreal SPCA opposes the use of physical corrections or punishment as well as psychological intimidation in animal training, and instead supports the use of force-free, positive-reinforcement-based methods for training and treating behaviour problems in animals.

The Montreal SPCA believes that euthanasia is not a solution to the companion animal overpopulation problem. The decision to euthanize an animal comes with great responsibility and should constitute a last resort to spare an animal physical or psychological suffering. Shelters are designed to accommodate animals for short periods of time and long-term housing of animals in cages where they do not have an appropriate quality of life is not a humane alternative to euthanasia. We believe that the solution to companion animal overpopulation includes public education, legislation and spay/neuter programs.

The Montreal SPCA believes that when an animal is euthanized, only the most humane methods of euthanasia available must be used. Minimizing the animal’s distress, including fear, anxiety and apprehension, must be of paramount concern during the euthanasia procedure. The most humane method of euthanasia for socialized animals is injection of sodium pentobarbital, which Quebec law requires to be performed by a licensed veterinarian or an animal health technician acting as prescribed by a veterinarian. Euthanasia by carbon monoxide is an unacceptable method of euthanasia in shelters or animal-control facilities that have the means to legally obtain and administer sodium pentobarbital. However, it is important to note that some shelters are not able to resort to euthanasia via injection because they do not have access to veterinary services due to financial or other constraints, and therefore the use of carbon monoxide for euthanasia is the only option. Consequently, the Montreal SPCA supports the banning of carbon monoxide gas chambers only under the condition that the government commits itself to assisting animal shelters and animal-control facilities in securing the resources necessary to humanely euthanize animals via injection of sodium pentobarbital. Namely, we endorse the implementation of direct-licensing regulations allowing trained employees at shelters and animal-control facilities to purchase, possess and use the necessary controlled substances for the purpose of tranquilizing, sedating and euthanizing animals. Finally, the Montreal SPCA does not support the replacement of carbon monoxide gas chambers with the injection of T-61,™ which is difficult to administer properly and, when improperly administered, can cause animals suffocation and intense pain before they lose consciousness.

The Montreal SPCA is opposed to the use of horse-drawn carriages in urban environments.

The Montreal SPCA is opposed to the slaughter of horses. Due to their sensitive nature, physiology and flight response, there is no humane way to slaughter horses for food. We believe that horse overpopulation and the breeding of horses needs to be addressed by the government for the underlying issue of unwanted horses to be solved. We believe that unwanted horses should be re-homed, sent to sanctuary or humanely euthanized by a veterinarian. Under no circumstances is slaughter an appropriate retirement or end-of-life plan for a horse.

The Montreal SPCA believes that at every stage of their lives – from birth to death – farm animals must be treated with respect and compassion, and must be protected from both physical and psychological suffering. Farm animals must also be provided with five key freedoms: – Freedom from hunger and thirst – Freedom from discomfort – Freedom from pain, injury and disease – Freedom to express natural behaviours – Freedom from fear and distress The Montreal SPCA believes that modern-day industrial farming practices do not provide an acceptable level of welfare to farm animals. These practices include: – Genetic manipulation and/or breeding of animals to accentuate certain traits that compromise the animals’ physical well-being – Raising animals in crowded conditions – Intensive confinement of animals – Husbandry systems that do not allow animals to express natural behaviours – Systematic mutilation of animals without anesthesia and/or pain control – Long-duration transport in non-temperature-controlled vehicles without food, water or rest periods In particular, we are opposed to the following practices: – Confinement of egg-laying hens in battery cages – Confinement of sows in gestation and/or farrowing crates – Individual confinement of veal calves – Continuous tethering of dairy cows – Continuous tethering of veal calves – Force-feeding of waterfowl for the production of foie gras – Tail-docking, tooth-clipping, de-horning, de-beaking or castration of animals without anesthesia and/or pain control We believe that farm-animal welfare can be improved through humane farming, transport and slaughter methods and, most importantly, through reduced animal-product consumption. The Montreal SPCA also endorses the mandatory labeling of production methods on animal products as a means of enabling consumers to make more animal-friendly purchasing decisions.

The Montreal SPCA believes that methods used to kill animals must be humane, regardless of the species involved or the context. A humane method is a method that either kills the animal instantly or renders the animal fully unconscious and insensitive to pain on the first attempt, and maintains the animal in this state until death ensues. Humane killing also requires that the facilities, equipment, handling and restraint methods used be designed to keep animals’ anxiety and fear to a minimum. The Montreal SPCA believes these principles should apply to all types of slaughter, whether religious or not.

Trapping and ranching of fur-bearing animals

The Montreal SPCA is opposed to the killing of animals for their fur, whether they are trapped in the wild or raised in captivity.

The Montreal SPCA is opposed to the hunting of animals for trophy or sport, regardless of whether any of the meat is consumed. Hunting for subsistence purposes must be carried out in a humane manner, using techniques that cause instant death. The Montreal SPCA opposes bow hunting as well as hunting using dogs or other animals.

The Montreal SPCA is opposed to inhumane wildlife management practices, including trapping, killing, poisoning and relocating animals. Instead, we support the use of nonlethal preventative alternatives, such as exclusion techniques and the use of nonharmful deterrents.

The Montreal SPCA believes that the conservation of biodiversity is an important and legitimate concern, and that humans have a responsibility to reduce and, if possible, eliminate the negative impacts of our activities on other species. However, efforts made to preserve species biodiversity should also take into account the welfare of individual animals, regardless of whether they belong to an endangered species.

The Montreal SPCA is opposed to the use of animals for the testing of cosmetics, household products, foods and beverages or tobacco products.

Dissection and animal experimentation in education

Refusal to dissect or experiment

The Montreal SPCA supports students’ right to refuse to perform or witness any dissection or experiment conducted on an animal during the course of their education. The Montreal SPCA encourages science departments of colleges and universities to offer students non-animal alternatives. Such policies and practices should be incorporated in the by-laws of educational institutions.